I’m Deploying! How are My Custodial and Visitation Rights Affected? 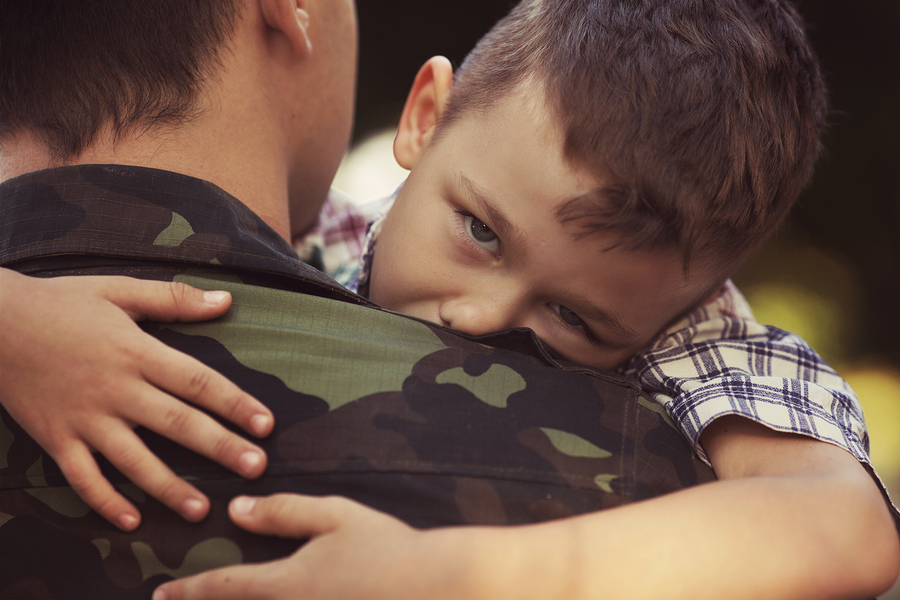 The Commonwealth of Virginia has the second largest military population in the United States.  In 2008, the legislature enacted the Virginia Military Parents Equal Protection Act, which addresses the concerns of deploying parents regarding custodial and visitation decisions.

The Virginia Military Parents Equal Protection Act defines who is considered to be a deploying parent, including not only active duty but activated reserve units, and grants special rights to active duty service members with respect to custody and visitation.

The Act defines a deploying parent as “a parent of a child under the age of 18 whose parental rights have not been terminated by a court of competent jurisdiction or a guardian of a child under the age of 18 who is deployed or who has received written orders to deploy with the United States Army, Navy, Air Force, Marine Corps, Coast Guard, National Guard, or any other reserve component thereof.”

Military personnel are relocated and deployed throughout their career.  In many cases, military personnel, both enlisted and officers, are unable to actively parent their children because they are deployed in the service of our country. When this happens, custody orders and/or visitation plans may be thrown into turmoil.  The Virginia Military Parents Equal Protection Act provides legal protection to members of the military in child custody and visitation issues.  Simply put, you can’t use the fact that a parent is in the military and subject to deployment as an argument for changing the child custody and/or visitation order.

The Act allows any deploying parent to:

All orders of the court based upon a deployment are temporary and modifiable upon the service member’s return.  When the deploying parent returns, the court will give that parent priority on its docket to modify the custody or visitation arrangement again. If the non-deploying parent does not want the order that existed before the deployment to be reinstated, it will be his or her burden to show that the prior arrangement is no longer in the child’s best interests.

If you are a deploying service member:

If you’re anticipating a possible upcoming deployment, the most important thing you can do is establish a custody and visitation arrangement immediately. It is probable that you’ll be relocated again and again throughout your career.  Consult a Virginia family law attorney, experienced in military deployments, about a custody and visitation arrangement.

Virginia is particularly sympathetic to military service members, so you’ll want to keep your custody case here, if at all possible. Establishing a custody and visitation arrangement will help ensure that you can use the protection provided by the Military Parents Equal Protection Act. After you return, your custody and visitation arrangement will automatically revert to whatever it was before you left.

Melone Hatley, P.C. is a general practice law firm and serves Virginia Beach and the Northern Virginia area.  Our practice areas include Family Law, Divorce and Special Needs Children, Traffic Ticket Defense, DUI/DWI Defense, and Trust and Estate Law.  Our philosophy is to provide all of our clients with the highest quality legal representation, innovative legal solutions, and unsurpassed dedication to customer service.  Through our high standards, we strive to be a trusted resource to our clients.

We know from experience that a successful attorney-client relationship depends on our ability to understand your needs and objectives.  For more information about military deployment, custody, and visitation, contact our office today at 703.995.9900 in Northern Virginia or 757.296.0580 in Virginia Beach, or visit our website: www.MeloneLawPC.com.