Without a Custody Agreement Can I Get Child Support?

Celebrity divorces often make the news, and the numbers involved in these disputes can be astounding. Child support is no exception. Singer Kelly Clarkson reached a settlement agreement in her divorce earlier this year in which she will pay child support of more than $45,000 per month. Actor and comedian Eddie Murphy has paid $25,000 per month since 2009 to singer Mel B, formerly of the Spice Girls. A court increased those payments to $35,000 per month in October 2022. When former MLB player Alex Rodriguez and his wife divorced in 2008, the court set child support at $115,000 per month. If child support is based on the cost of raising a child, then why such large monthly costs? Most people get by on much less. Many celebrities are known, at least in part, for their wealth. It comes as no surprise their children are used to living lavishly. The amount of child support in their case will reflect how the children live.

As a parent, you want to ease your child’s transition into life after divorce or separation. If you are in a situation where you need a child support order, the attorneys at Melone Hatley will be in your corner. Even if you do not have a child custody agreement or custody order, you can obtain a court order providing for payment of child support.

How Does Child Support Work in North Carolina?

Both parents are obligated to pay child support in North Carolina. The non-custodial parent usually makes payments to the parent who has custody. These payments must continue in most cases until the child turns 18.

How Do I Request Child Support in North Carolina?

You have several options for getting a child support order. The three main ways of doing it are as follows:

You will need a court order to protect your legal right to child support. You cannot enforce an informal agreement. The State of North Carolina has child support enforcement authority if you can present a signed court order establishing a child support obligation.

When married parents separate or get divorced, the separation agreement and court order must include a child custody arrangement and child support obligation. State law requires parents and family courts to address all of these issues in any case where minor children are involved.

The parents can work out an agreement with the help of their attorneys, and they may use alternative dispute resolution procedures like mediation. A court must find that all provisions in the final agreement that involve custody and support are in the best interest of the child.

Parents who were never married can enter into a Voluntary Support Agreement (VSA) for child support payments. A family court must rule that the VSA is in the best interest of the child. Once a judge signs the VSA, it has the same legal force as a court order.

A parent can establish a child support obligation by filing a petition in the district court in the county where the child lives. North Carolina family courts can hear cases that involve child support and child custody. Much like in a divorce, the court must address both issues, and any orders it makes must be in the best interest of the child.

Do I Need a Custody Agreement Before Requesting Child Support?

You do not need an agreement or court order regarding custody of the child in order to request child support. North Carolina law considers child support and child custody to be separate issues. You can enter into a VSA with the noncustodial parent or file a child support case with the DSS without a custody agreement.

How is Child Support Calculated in North Carolina? 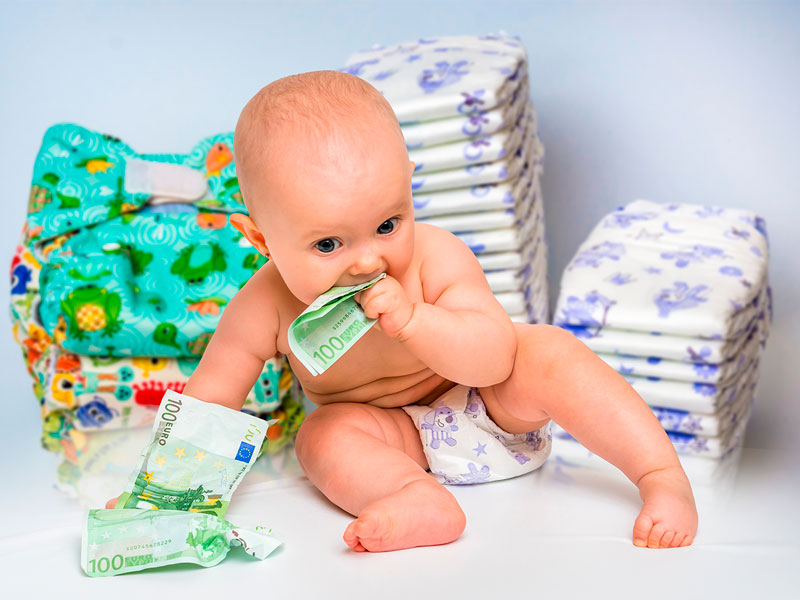 North Carolina, like many states, uses the “income share” method to calculate child support. Both parents provide child support, but the noncustodial parent is typically the only one to make payments. The amount of the child support obligation is based on the following factors:

Child support guidelines set by the state help determine the amount of support that the child needs. An online worksheet is available to help calculate the guideline amount. Under the income share method, the noncustodial parent’s child support obligation is based on their share of both parents’ combined income.

North Carolina family law excludes certain types of income from a parent’s monthly income for the purpose of calculating child support. This includes child support that a parent is receiving for a child that is not part of the current child support case.

What Happens If You Do Not Pay Child Support in North Carolina?

Failure to pay child support as ordered by a court can have serious legal consequences:

Failing to pay child support on time leads to fines that can roll over and keep growing.

A court can order you to pay past-due amounts in a child support enforcement case. If you still fail to make those payments, the court can hold you in contempt, which can lead to fines and possible jail time.

A court can order the garnishment of your wages to cover unpaid child support.

Failure to pay child support can result in the suspension of your driver’s license. This can make it difficult or even impossible to get to work, which will make your child support problems even worse.

Loss or Denial of Passport

If you owe at least $2,500 in past-due child support, the U.S. State Department can deny you a passport.

The U.S. Armed Forces have no direct authority over child support obligations. If you are a service member who is behind on court-ordered payments, however, you could face penalties for failing to pay a debt. Consequences could range from non-judicial punishment to court-martial proceedings.

The method you should use to file for child support will depend on whether the noncustodial parent has agreed to a child support amount. If they have agreed, you can sign a VSA as discussed above. You can then present it to a family court judge for their signature.

Without an agreement on child support, you will need to seek the assistance of the DSS or the courts. You can open a DSS case by filing paperwork with the agency and paying the required fee.

You can also file a complaint in district court seeking to establish child support. If you go this route, and you do not have a parenting plan, custody agreement, or order in place, the court will want to address that as well.

Melone Hatley Will Fight Your Right to Child Support

Your child deserves to maintain their standard of living even when their parents are no longer together. If you need help filing for child support, our compassionate family law attorneys are here to help you. Melone Hatley offers free eBooks, easy online scheduling, and free advice videos. Contact our Charlotte law firm today by calling 980-288-8909 or using our online contact form.

Ben Hefferon is a native of Charlotte and has consistently been rated by his peers as a top divorce and family law attorney. His commitment to his clients and dedication to the field of law make him an invaluable asset in navigating the complexities of your case.
We Protect
Your Family, Your Finances, Your Future
800.479.8124
Schedule a Call With One of Our Client Services Coordinators
Schedule Now
We Solve PROBLEMS
& Our Clients Love Us
Don’t just take our word for it...
Read Reviews