Who Gets the House? Equitable Distribution in Virginia 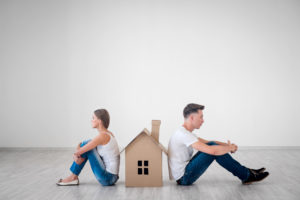 This is one of the first questions most divorce clients ask when they consult with an attorney and the answer, as with most legal questions, is “it depends.”

“Property” includes all real and personal property, which can include a wide variety of assets: the marital residence, jewelry, artwork, furnishings, automobiles, investment accounts, business interests, and others. The court first classifies property as marital, separate, or “hybrid” (part separate, part marital). Property acquired during the marriage using marital funds will be classified as martial. Property acquired before the marriage, after marriage, or by inheritance or gift from a third party will be classified as separate. But what happens when one spouse makes a large down payment on the marital residence and it increases in value during the marriage? The courts have adopted three separate methods of dealing with this and other “hybrid” property scenarios.

Property division can be done through one of three methods that apply in Virginia: Brandenburg, Keeling, or the “reasonable rate of return” method.

The Brandenburg Formula originally arose from a divorce case in Kentucky, but has since been adopted by many states. The formula is as follows:

The Brandenburg method is one of the most common methods of dividing hybrid property, and is used for assets ranging from the martial residence to division of financial accounts, including retirement and investment accounts.

What Brandenburg leaves out of the equation are any additional payments or contributions made to the asset during the marriage. So, in a case where one spouse paid the down payment on a residence and continued to pay more toward maintenance, real estate taxes, and mortgage interest, the spouse would be able to draw out the additional value from the down payment, but not for the other expenses paid.

The Keeling formula was developed in Virginia following a 2006 case. In that matter, the parties purchased a home for $394,000, which appreciated in value to $825,000. The husband made the down payment in the amount of $108,439, and paid the mortgage down only slightly during the marriage. Using the Brandenburg formula, the husband would have been entitled to 96% of the value of the home as separate property. The judge determined that application of the Brandenburg formula was inequitable to the wife, and held that since the husband’s down payment of $108,439 reflected 27% of the home’s original purchase price, that was the share he was entitled to as separate property.

The third method of determining separate interests is the “reasonable rate of return.” This method is rarely applied in Virginia. This is the most flexible method to determine a parties’ separate interest. The parties apply a rate of return to the separate investment in an asset which is otherwise marital property. The rate to be used can be virtually any rate one can devise (and the parties agree on).

In any family law case the court is not bound by a particular method, but the most frequently used method by far is Brandenburg. In negotiating, mediating, or arbitrating a settlement, parties can use any method they desire in order to reach a fair result and avoid litigation.